7
Bumblebee Pooh is a Premium Box Tsum Tsum. He is a Limited Time Event Tsum Tsum and is not obtainable through purchasing Premium Boxes outside of the event. He is known as Hachi Pooh in the Japanese version.

Bumblebee Pooh is a Time Stop Skill Tsum Tsum. He differs from regular Pooh Tsum Tsum, in that while time is stopped, all chains made during that time count for one larger chain. His base time is 4 seconds. 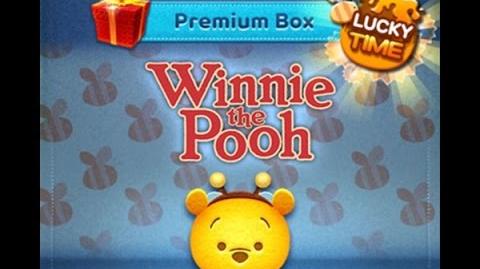