Clears an intersection of Tsum Tsum with a Space Ranger badge.

Buzz Lightyear Tsum is a Burst Skill Tsum Tsum. His base Skill range is SS in the Japanese version and XS in the International version.

Pixar Lucky Time for Sulley, Mike, Buzz Lightyear, Woody (May 2014)
Add a photo to this gallery 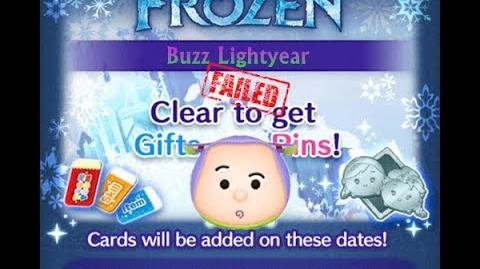