7
Christopher Robin is a Happiness Box Tsum. As boys do, he loves balloons, so he'll have balloons fly through the screen, but like balloons, they pop. When the balloons pop, they'll clear out the surrounding Tsums.

Instead of bursting automatically when his skill is activated, balloons will rise from the bottom, where you will have to pop them when they float in the area you want cleared. His base number of balloons is 1~2.

His skill doesn't stop the timer, so popping the balloons quickly and strategically is important. If there are large Tsums present, pop the balloons over them to clear 7 Tsums and therefore creating a bubble. Slide over the balloons in a continuous line to pop them quickly. 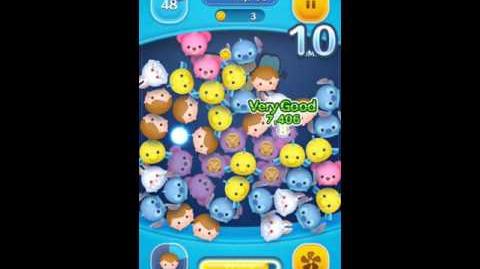