Snow White and the Seven Dwarfs

Tap the apples that appear to clear lines of Tsum Tsum.

36
Evil Queen is a Premium Box Tsum Tsum. She was first introduced during the Japan Event Villains (April 2016) and the International Event Villains (November 2016). She is known as Queen on the Japanese version.

Evil Queen will summon apples on the screen. Tap the apples to clear lines of Tsum Tsum. 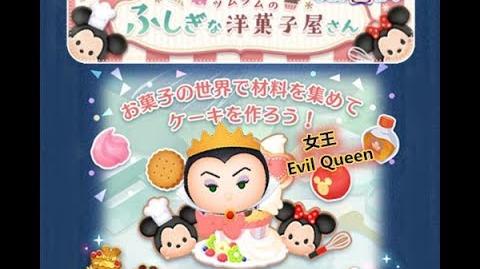