Starts Fever Time and the last Tsum Tsum in each chain clears nearby Tsum Tsum!

Fantasmic Mickey will create Fever Mode and will burst surrounding Tsum Tsum from the last Tsum Tsum of a traced chain. The base amount of Tsum Tsum required to fill his Skill meter is 26 and his base time is 2.5 seconds. Higher Skill levels will reduce the number required and increase the duration of the Skill.

Ending a chain with a large Tsum Tsum during his skill will clear a much larger area of Tsum Tsum. 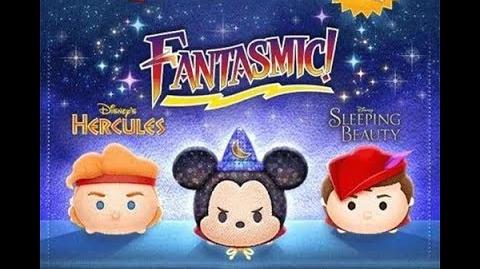 Disney Tsum Tsum - Fantasmic Mickey
Add a photo to this gallery
Retrieved from "https://disneytsumtsum.fandom.com/wiki/Fantasmic_Mickey?oldid=65579"
Community content is available under CC-BY-SA unless otherwise noted.