Tap one of the flowers that appear and it will clear surrounding Tsum Tsum!

29
Flower is a Premium Box Tsum Tsum. He was first introduced during the Japan Event Disney Story Books Classic Series II (March 2019) and the International Event Disney Storybooks Classics Series II (September 2019). For a limited time on the Japan version only, when he was first introduced, he was also a musical Tsum Tsum and played the song, "Little April Shower", during gameplay.

Flower will create flowers that will clear surrounding Tsum Tsum when you tap them. His base number of flowers is 5. 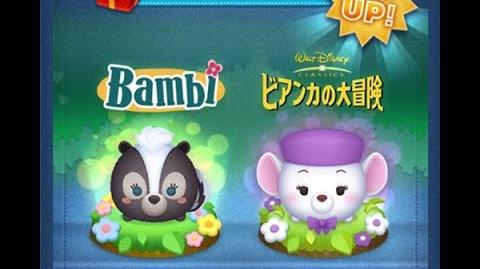