Tsum Tsum enlarge for a short time and chains are doubled!

36
Holiday Baymax is a Premium Box Tsum Tsum. He is a Limited Event Tsum Tsum and is not available from purchasing Premium Boxes outside of the event. He was first introduced during the Japan Event Christmas Party (December 2017) and the International Event Christmas Party (December 2018). For a limited time on the Japanese version only, when he was first introduced, he was also a voice Tsum Tsum, and would say one of his catchphrases, "Ba-la-la-la!", during his Skill.

Holiday Baymax will enlarge all the Tsum Tsum on the screen for a short time, and all chains connected during that time will be counted as double. His base time is 3 seconds.

Holiday Baymax could be used during the Japan Event Baymax (September 2019) and the International Event Save San Fransokyo! (April 2020) to clear missions more easily, because he had a character bonus. 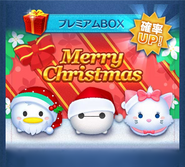 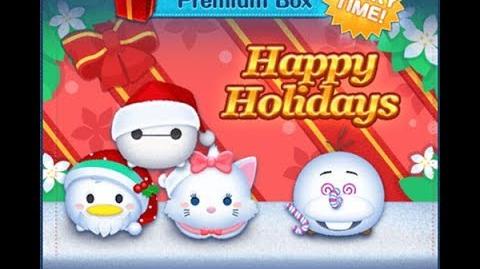 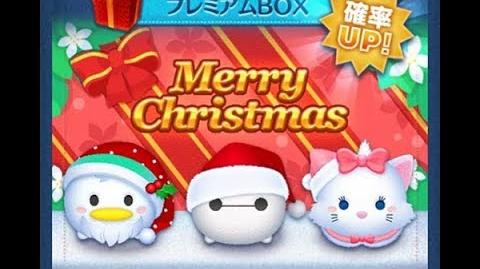 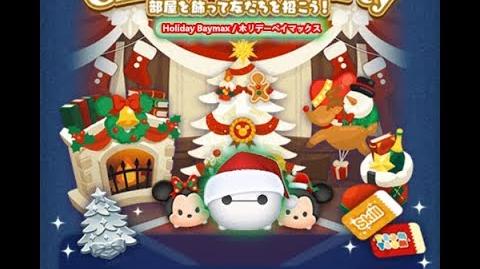