7
Holiday Daisy is a Premium Box Tsum Tsum. She is a Limited Time Event Tsum Tsum and is not obtainable through purchasing Premium Boxes outside of the event. She is also a musical Tsum Tsum, and will play the song, "Snowy March", during gameplay. She is known as Christmas Daisy in the Japanese version.

Holiday Daisy is nearly identical to regular Daisy, where she is a Grouped Transformation Skill Tsum Tsum, and transforms a group of Tsum Tsum into Holiday Donald. She is initially stronger than her original counterpart. Her base Skill range is SS/XS.

Although Holiday Daisy appears to have a Christmas tree behind the ribbon on her head, she does not count as a hat Tsum Tsum. 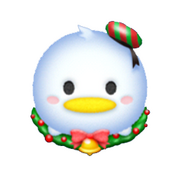 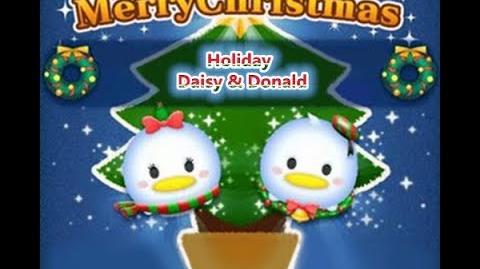 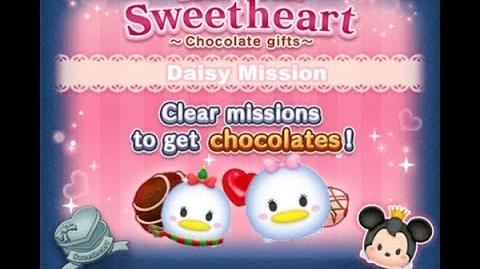