Jessie is a variation of a Burst Skill Tsum Tsum. When her Skill is activated, tap and hold down on the screen to create a lasso effect that will get larger the longer you press down and will clear out any Tsum Tsum in that range when you let go. If you don't let go, the lasso will expand to the maximum number allowed by her Skill level and clear those Tsum Tsum. Her base Skill range is SS in the Japanese version and XS in the International version. 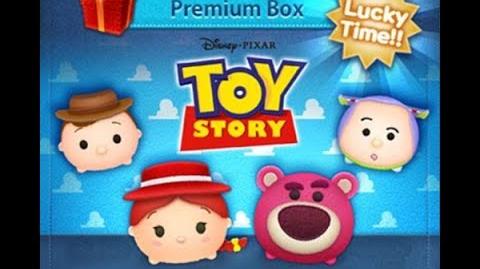