Reduces Tsum Tsum to only 3 types for a short time!

José will transform all the Tsum Tsum into the Three Caballeros (José Carioca, Caballero Donald, and Panchito Pistoles) for a short period of time. His base time is 4 seconds and his base score multiplier is 2x. 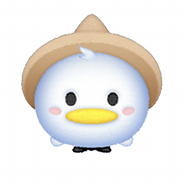 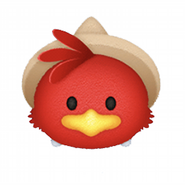