Tap the K-2SO with light in his eyes to clear Tsum Tsum in the center!

29
K-2SO is a Premium Box Tsum Tsum. He is a Limited Time Event Tsum Tsum and is not obtainable through purchasing Premium Boxes outside of the event. He was first introduced during the Japan Event Star Wars Rogue One (December 2016) and the International Event Star Wars (April 2017). He was only available from Support Capsules in the International Event.

K-2SO will turn all the Tsum Tsum into K-2SO droids. Tap on the droid with the glowing eyes to clear the center of Tsum Tsum. His base Skill range is SS/XS.

Tapping the wrong droid, or not tapping at all, will only clear a very small amount of Tsum Tsum. The number of Tsum Tsum cleared will also decrease with time. You should tap the glowing eyes of K-2SO as soon as you can. 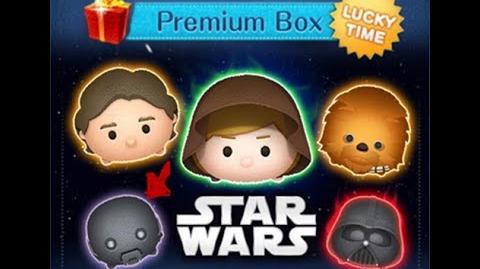 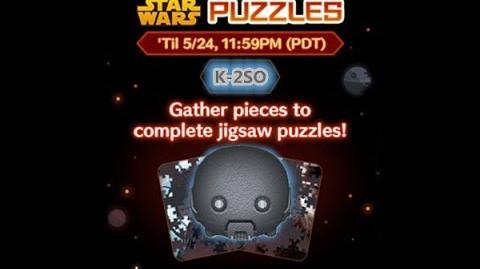