King Triton is a Vertical Burst Skill Tsum Tsum because he clears three vertical lines of Tsum Tsum using his trident. His base Skill range is SS in the Japanese version and XS in the International version. 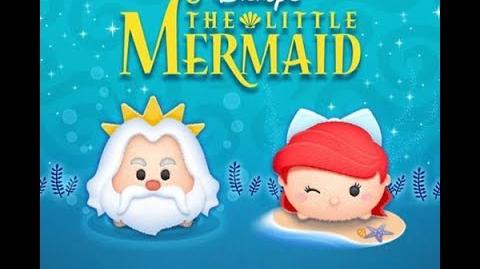