32
Mowgli is a Premium Box Tsum Tsum. He is a Limited Time Event Tsum Tsum and isn't regularly available in Premium Boxes. He was first introduced in the Japanese version at the end of August 2016 some time after the Finding Dory event and in the International version at the end of February 2017 some time after the Lion King event. For a limited time on the Japanese version only, when he was first introduced, he was also a musical Tsum Tsum that played the song, "The Bare Necessities", during gameplay.

Mowgli is a Horizontal Burst Skill Tsum Tsum. He clears a horizontal line of Tsum Tsum while he floats on Baloo down the river, and Bagheera watches. His base Skill range is SS/XS. 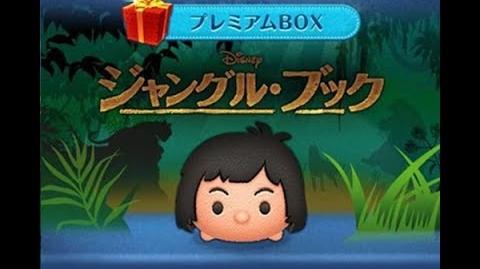