Simbas appear that can be connected to Nalas, clearing nearby Tsum Tsum for big points!

Nala will summon horizontal rows of Simba Tsum Tsum across the center of the screen. He can be connected with Nala for higher scores. Her base Skill range is SS/XS.

At higher Skill levels, Nala can be used for missions requiring long chains. Wait until a few big Tsum Tsum drop down toward the middle of the screen before using her Skill. 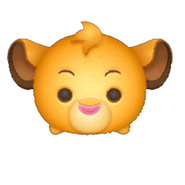