32
Nick Wilde is a Premium Box Tsum Tsum. He is known as Nick in the Japanese version.

Nick Wilde is a Random Burst Skill Tsum Tsum. He clears several random areas of Tsum Tsum as he hands pawpsicles to lemmings. His base clear number is 17~20.

His random bursts will not clear out any existing Nick Wilde Tsum Tsum on the screen.

Zootopia Lucky Time for Nick Wilde, Judy Hopps, and Finnick (May 2016)
Add a photo to this gallery 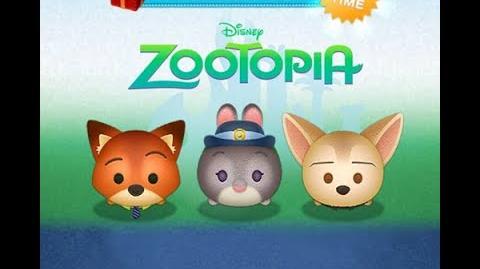 Disney Tsum Tsum - Nick Wilde
Add a photo to this gallery
Retrieved from "https://disneytsumtsum.fandom.com/wiki/Nick_Wilde?oldid=67615"
Community content is available under CC-BY-SA unless otherwise noted.