Pete is a Center Burst Skill Tsum Tsum. He will clear a very large area in the center, even popping any Bubbles. Unlike most other Tsum Tsum, Pete's range of Tsum Tsum cleared doesn't change as his Skill Level increases. Instead of that, higher Skill levels will reduce the number required to fill in the Skill meter. In the International version, more Pete Tsum Tsum are required to max out his Skill than in the Japanese version.

Make sure that there are no gaps, hole or spaces in the middle of your screen, otherwise they would prevent as many Tsum Tsum being cleared in the center. Bubbles are fine as Pete's Skill could clear Bubbles as well as clearing other Tsum Tsum. 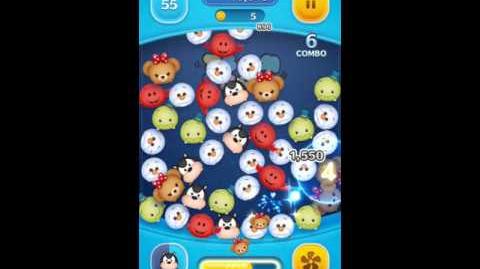 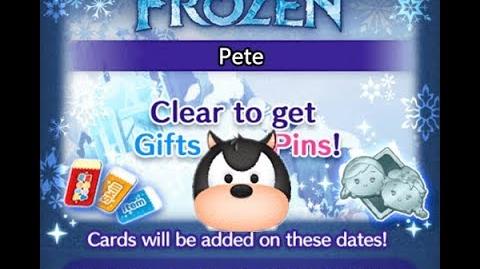