32
Pocahontas is a Premium Box Tsum Tsum. She was first introduced during the Japan Event Story Book Lands (June 2017) and the International Event Disney Storybooks (April 2018). For a limited time on the Japanese version only, when she was first introduced, she was also a musical Tsum Tsum and played the song, "Colors of the Wind", during gameplay.

Pocahontas will stop time for a short while, and any chains made during that time will count as one large chain. The base number required to fill her Skill meter is 25 and her base time is 2.5 seconds. Higher Skill levels reduce the number required. Her Skill is very similar to Bumblebee Pooh's Skill. 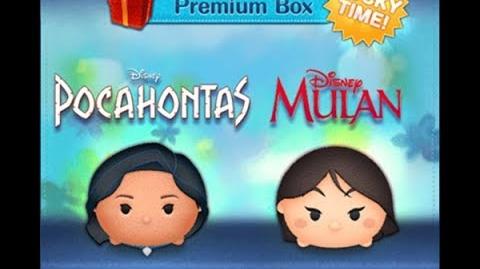