36
Ralph is a Premium Box Tsum Tsum. He is a limited event Tsum Tsum and is not available from purchasing Premium Boxes outside of the event. He was first introduced during the International Event Disney Star Theater (November 2018) and the Japan Event Pastry Shop Wonderland (December 2018).

Ralph will clear a vertical line of Tsum Tsum. His base Skill range is SS/XS. 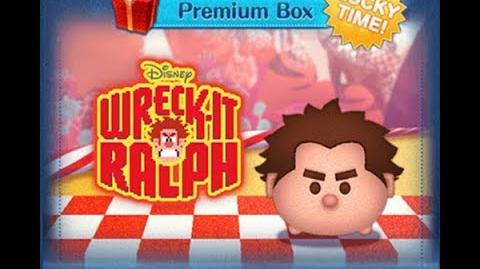 Disney Tsum Tsum - Ralph
Add a photo to this gallery
Retrieved from "https://disneytsumtsum.fandom.com/wiki/Ralph?oldid=68867"
Community content is available under CC-BY-SA unless otherwise noted.