Lets you connect different Disney Tsum Tsum and clear them!

32
Rapunzel is a Premium Box Tsum Tsum. She was introduced to the International version in January 2015.[1]

Rapunzel is a Chain Skill Tsum Tsum. She can connect any Tsum Tsum to form a chain. Her base Tsum Tsum chain is 14. In Bingo and Event Missions, she counts as a "Call a Sweetheart" Tsum Tsum because Flynn Rider appears in the animation of her Skill. 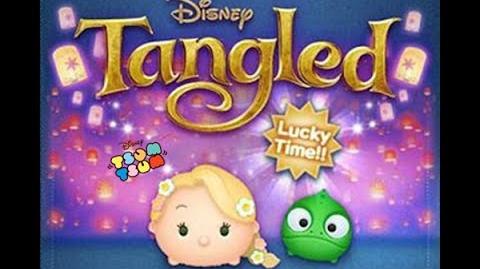