Clears a vertical line of Tsum Tsum and makes it rain Coins!

15
Scrooge is a Premium Box Tsum Tsum. He is a Limited Time Event Tsum Tsum that is only available through Pick Up Gacha events, and not through purchasing Premium Boxes. He was first introduced in a Pick Up Gacha event during the Japan Event Star Wars Rogue One (December 2016) and in a Pick Up Capsule event during the International Event Snow Festival (December 2017).

Scrooge will clear a vertical line of Tsum Tsum and higher Skill levels will increase Coins gained. His base Coin amount is SS/XS. 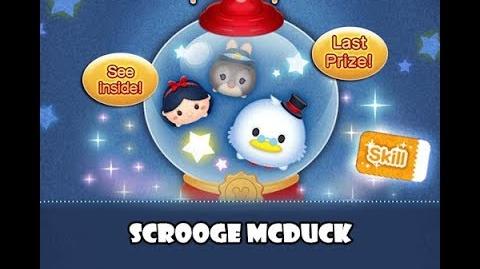