36
Sheriff Woody is a Premium Box Tsum Tsum. He is a limited event Tsum Tsum and is not available from purchasing Premium Boxes outside of the event. He was first introduced during the Japan Event Space Rangers (March 2018) and the International Event Space Ranger (June 2018). For a limited time, when he was first introduced, on the Japanese version only, he was also a musical Tsum Tsum and played the song, "You've Got a Friend in Me", during gameplay.

Sheriff Woody will clear a vertical line of Tsum Tsum as he rides on an RC car with Space Ranger Buzz. His base Skill range is SS/XS. 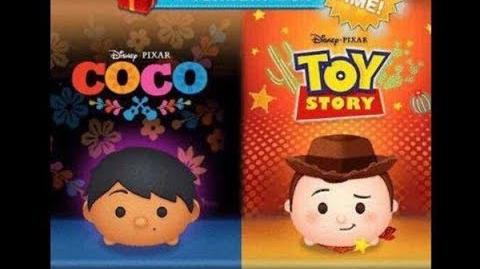