Sofia is a Premium Box Tsum Tsum. She is a Limited Event Tsum Tsum and is not available from purchasing Premium Boxes outside of the event. She was introduced during the Japan Event Genie's The Magic Show (July 2018) and the International Event Genie's The Magic Show (February 2020). On the Japan version only, she is also a musical Tsum and will play the song, "Sofia the First Opening Theme" during gameplay.

Sofia will use a random princess Skill. Her base radius is SS. She will use one of the 6 Disney princess Skills, which are Cinderella, Belle, Jasmine, Princess Aurora, Ariel, or Snow White.

She will use one of 6 princess Skills. Cinderella, Belle, Jasmine, Princess Aurora, Ariel, or Snow White. 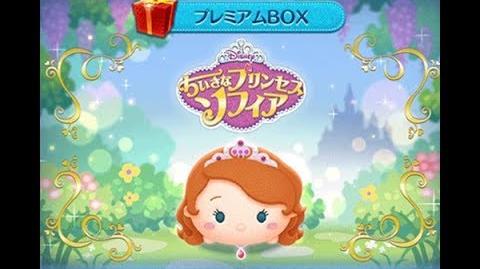 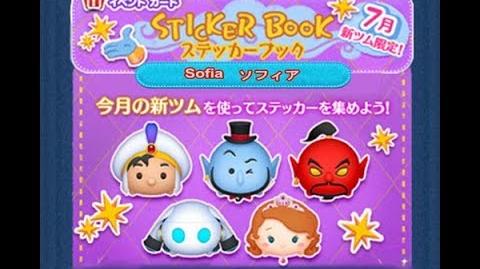 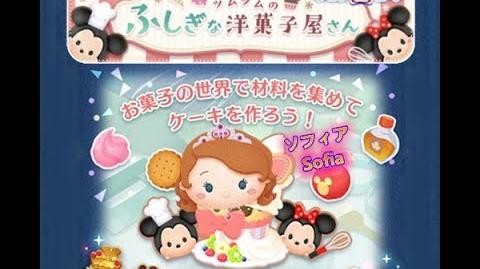