Tap to clear Tsum Tsum until all the hats disappear.

36
Sorcerer Mickey is a Premium Box Tsum Tsum. He is a Limited Time Event Tsum Tsum and is not obtainable through purchasing Premium Boxes outside of the event. He was introduced to the Japanese version in February 2015.[1] For a limited time, while he was first introduced, he was a musical Tsum Tsum that played the song "The Sorcerer's Apprentice" during gameplay. 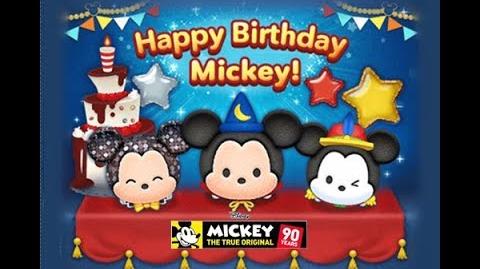