29
Steamboat Minnie is a Premium Box Tsum Tsum. She is a Limited Time Event Tsum Tsum and is not obtainable through purchasing Premium Boxes outside of the event. She was first introduced during the Japan Event Light Parade (November 2016) and the International Event Christmas 2016 (December 2016).

Steamboat Minnie will clear random Tsum Tsum. Her base clear amount is 15. Higher Skill levels increase the amount of Tsum Tsum cleared during her Skill.

Steamboat Minnie counts as an initial-J Tsum Tsum due to the romaji of her Japanese name (Joukisen Minii). 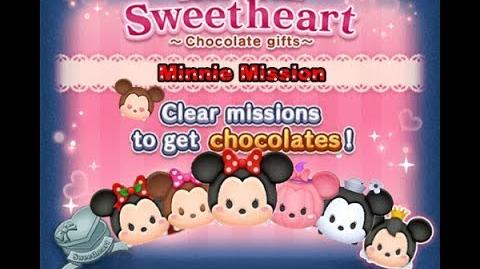