Surprise Elsa is a Premium Box Tsum Tsum. For a limited time on the Japanese version only, while she was first introduced, she was a musical Tsum Tsum and would play the song "Making Today a Perfect Day" during gameplay. She is based on the animated short "Frozen Fever."

Surprise Elsa will sneeze, creating little snowmen (a.k.a. snowgies) that will appear on the screen. Tapping the snowgies will clear the surrounding area of Tsum Tsum. Her base number of snowgies is 6.

When Surprise Elsa's snowgies appear, although Tsum Tsum cannot be cleared regularly, the timer will not stop. Tapping each snowgie will be very time consuming, especially at higher levels when Surprise Elsa creates many snowgies. Sliding over the snowgies clears them quickly to resume normal gameplay and activate Surprise Elsa's Skill again. When needing to stockpile Magical Bubbles, the snowgies can be swiped in groups of three, as this yields more bubbles than swiping all at once. 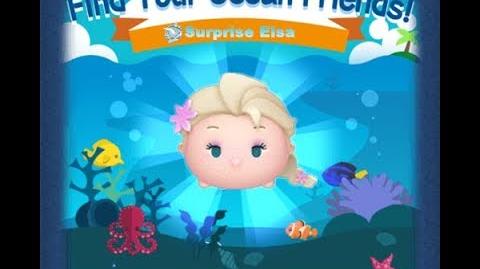 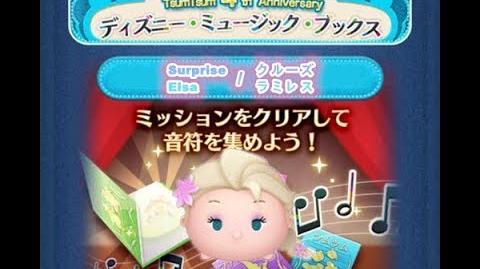