Lady and the Tramp

Clears Tsum Tsum in a horizontal line and heart shape!

29
Tramp is a Premium Box Tsum Tsum. He was first introduced during the Japan Event Disney Story Books Event (September 2017) and the International Event Disney Storybooks Classics Series (January 2018). For a limited time, when he was first introduced, on the Japanese version only, he was also a musical Tsum Tsum, and played the song, "Bella Notte", during gameplay.

Tramp will appear with Lady and clear a horizontal line and also a heart-shaped area of Tsum Tsum! His base Skill range is SS/XS.

During the Japan Event Tsum Tsum Scratch (June 2019) and the International Event June 2020 Tsum Tsum Scratch, players had a chance to receive a Tramp Tsum Tsum every time they scratched three rose symbols on a card, but their Belle Tsum Tsum were maxed out. 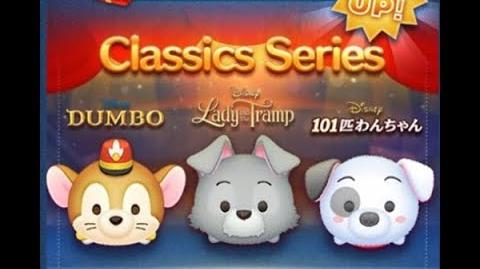